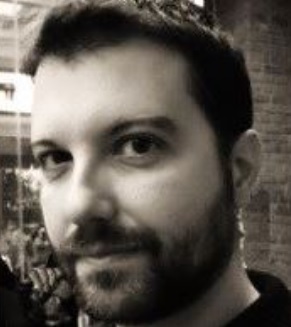 Michalis Savelonas received the BSc degree in Physics (1998), the MSc degree in Cybernetics with honors (2001), and the PhD degree in the area of Image Analysis with honors (2008), all from the National and Kapodistrian University of Athens, Greece. For his PhD research, he received a scholarship by the European Union and the Greek General Secretariat of Research and Technology. His research is focused on computer vision, pattern recognition, expert systems and biomedical applications. In the past, he has served in various academic positions in the National and Kapodistrian University of Athens, Athena Research and Innovation Center, Athens University of Economics and Business, University of Thessaly, Democritus University of Thrace, University of Houston, TX, USA, Hellenic Air Force Academy and Technological Educational Institute of Lamia/Central Greece. He has also worked as a software engineer in the private sector (2002-2004). He is a Senior Member of IEEE (SPS, EMBS). Since 2020, he is an Assistant Professor at the Department of Computer Science and Biomedical Informatics of the University of Thessaly. Prof. Savelonas has co-authored more than 70 scientific articles in peer reviewed international journals, conference proceedings and book chapters. He has been actively involved in more than 10 EU, US and Greek R&D projects. He is a topic editor in Remote Sensing and Sensors, whereas he has served as a reviewer in more than 40 international journals, including IEEE Transactions on Image Processing, Pattern Recognition, IEEE Transactions on Signal Processing, IEEE Transactions on Fuzzy Systems, Medical Image Analysis and Expert Systems with Applications. His teaching experience spans both undergraduate and postgraduate level, including courses in the broad areas of Pattern Recognition, Computer Vision and Biomedical Applications.