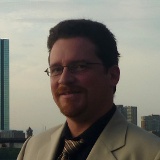 Dr. Dimitris K. Iakovidis received his BSc in Physics in 1997, his MSc in Cybernetics in 2001, and his PhD in Informatics in 2004, all from the University of Athens in Greece. Since then he has participated in several research projects as a postdoctoral researcher, as a workpackage leader, as institute representative, and as responsible scientist (FP7 10M€ DebugIT 2008-2012). From 2004 to 2010 he served as Adjunct Lecturer and Assistant Professor in the University of Athens, in the University of Central Greece, and in the Technological Educational Institute of Lamia in Greece. In 2010 he was appointed Assistant Professor in the Department of Informatics and Computer Technology / Computer Engineering of the University of Applied Sciences of Central Greece / Technological Educational Institute of Central Greece in Lamia, where he was elevated at the Associate Professor level in 2014. During his service in that Institute he was appointed Department Head, Vice Director of the School of Applied Sciences, and Vice Rector. Furthermore, he served as Head of the Information Tehnology Institute and Vice Director of the Centre for Technological Research of Central Greece. In 2015, Dr. Iakovidis was appointed Associate Professor at the Department of Computer Science and Biomedical Informatics of the University of Thessaly in Greece. He is founder and coordinator of is-innovation.eu research group. His research interests include signal and image processing, decision support systems, intelligent systems and applications. In this context he has co-authored over 140 journal, conference papers, and book chapters. Dr. Iakovidis has participated in the development of several research proposals and research roadmaps. He is Associate Editor of IEEE Transactions on Fuzzy Systems, he has acted as a reviewer of several (>40) international scientific journals, and as evaluator of National and European research projects. He is a Senior Member of IEEE (societies SPS, CIS, EMBS), and member of IAPR, EUCOG and VPHI.